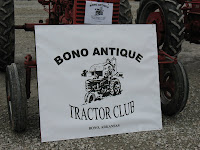 Over spring break, my dad and I stopped by the Bono Antique Tractor Club show. They had several old retired tractors that had been pampered by some really amazing guys (and their supportive wives). Everyone was super friendly and fun to talk to, including the boy scout troup selling 50 cent hot dogs. 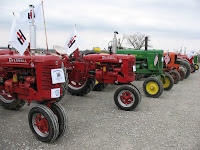 I really love these old tractors. They are so cute and petite compared to the monster tractors of today. These guys really love their tractors and are so willing to pull a pile of junk out of a fence row and make it look like new.
If you could restore anything at all from the past, what would it be?
at March 29, 2009 1 comment:

The Following of the Spoon

As previously mentioned, I recently found myself with a selection of MREs due to the epic ice storm of doom. I'll admit I was pretty sceptical. I mean, they could have been produced years ago and just been magically preserved; there's no way something so preserved could taste good, right? 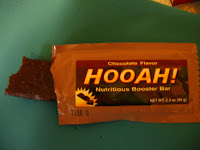 Boy, was I wrong. I guess the massive amount of money and research put into developing MREs really paid off. I had the MOST AMAZING POUND CAKE ever in my entire existance and it came out of those creepily preserved brown bags. Speaking of packaging, the above HOOAH! bar makes me positively giddy with happiness. The bar itself is unusual, first ingredient is dried plums and date mix, but not bad at all (and I don't like chocolate very much). All the food is filling and pretty good to excellent. My dad even tried new foods simply because the military pre-approved it. 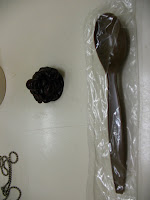 I did some googling to find out some more about these curious meals in a bag and discovered there are some civilian specific brands for camping and such. The website I was reading said they just weren't the same, however, and one reason was the spoon. Huh? It is a pretty amazing spoon as far as spoons go I suppose, but is it really the reason these off-brand MREs aren't as good? I guess for some people, the brown packaging and spoon are part and partial of the experience. Who am I to judge?
Anyways, I think I've found the answer to terrible college food and dorm room concoctions. What do you like to snack on?
at March 28, 2009 No comments:

As part of my resolution project for this year, I'm hoping to read a total of 12 non-assigned books. I was originally shooting for strictly "classics" that I hadn't read before, but I think I'll be flexible on that rule.
My second book of the year I happened to finish over spring break.

Image Courtesy of Harper-Collins
Population: 485 is an honest memoir of living in a small town in Wisconsin. Michael Perry is humorous, philosophical, and dark all wrapped up in one volunteer firefighter package. I really enjoyed this look at small town life, having grown up in a town that doesn't even have a population sign. There's a lot of deaths, but they are handled excellently, including the heart-breaking final chapter. Its not simple minded or a sweeping epic, but just a good quick read. I'd definitely recommend it.
Even better, Michael Perry will soon be releasing a third book (the second being Truck: A Love Story which I'd love to read) next month titled Coop: A Year of Poultry, Pigs, and Parenting. I'm interested in this book because in Population, he was decidedly single and happy about it. However, in the meantime, he's gotten married, and in the new book, he delivers his firstborn at his farmhouse. I think there will be a good story there.
For my next book, I may be cheating a bit: I'm rereading Life of Pi. I absolutely love this novel and am enjoying rediscovering it, so I guess it will still count. A good book is a good book.
What are you reading? Anything good?
at March 26, 2009 No comments:

Well, I fell off the posting wagon, and then I accidently posted with just the title "oops." Sigh. Okay, enough with the epic fail. 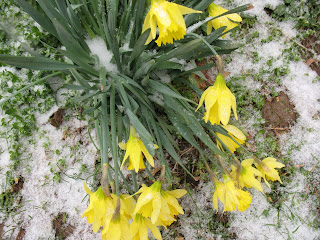 It snowed a bit over my spring break. I should have known better than to just take sandals home, but alas. It was still pretty, I just didn't get to wear my sandals. 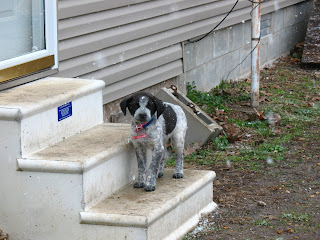 My fantastic puppy continues to be fantastic. He's adorable, and so far, really well manered and healthy. I think he's particularly amazing. 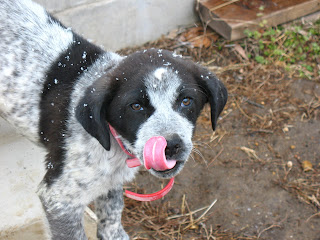 He's basically perfect. Even when licking at the snow.
at March 25, 2009 No comments: 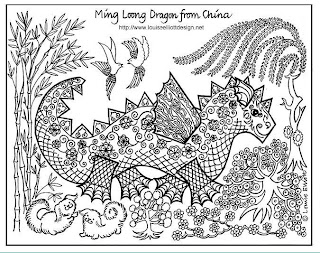 Link!
My spring break starts as I'm finished editing/citing a paper. Thankfully, that shouldn't take too much time tomorrow morning. Then its just packing, one class, lunch, and off to the Homeland! I thought I'd share some awesome coloring sheets I happened to find. I've printed several of them and hope to unwind over the break with some colored pencils and refrigerator-worthy artwork.
Hope everyone enjoys their week, whether on break yet or not. Posting might be rather late around inklingspot, as I will be in the wilds of DIALUP land. However, I'll try to take some good pictures and maybe there will be some surprise postings! ^_^
at March 06, 2009 No comments: