The Game: Annoying or Enlightening?


I hate playing "the game." In fact, when someone points out that I have "lost the game," I usually tell them I have enough reasons to feel like a loser and that I refuse to allow anyone to make me feel like a failure. However, this video made me think: what if everything we yearn for is ultimately a game we cannot win because we are human? We will one day die, we will always be unsatisfied, we will always lose. And that's okay! Shouldn't it all be about the journey, not the destination? What's the point of only enjoying the piece of paper you get at graduation if you didn't enjoy the steps that got you there?
Maybe next time I "lose the game," I will be reminded that losing is a way to be mindful of the goals I set and to always enjoy the journey. Yeah, it is still a silly game, but maybe it can remind me of something greater instead of being simply annoying.
at October 31, 2010 No comments:

The Eve of the Eve 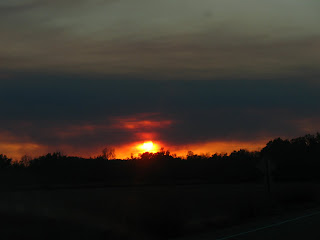 I rode along with a few friends on a short trip, and I happened to have my camera on me. The dry and smoky air made a creepy-pretty sunset that I kinda liked. It's starting to feel a lot like fall!
at October 29, 2010 1 comment: 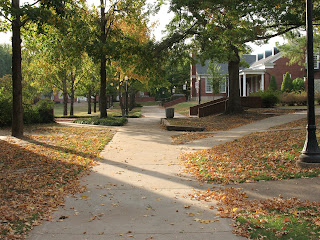 I'm working on a big application, still editing the newspaper, and class. I just took some time to walk around with my camera and a friend the other day. It was so nice to just walk around and enjoy the beautiful weather. I hope to write a real update soon, but until then, hope it is beautiful wherever you are!
at October 13, 2010 1 comment: 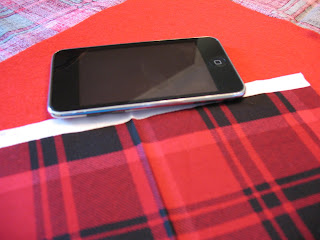 It's fall and The Boy's new iPod needed a sleeping bag. 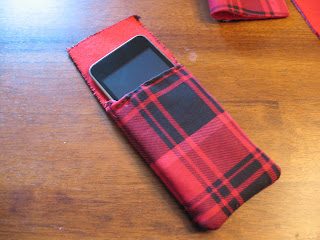 A piece of felt, a fat quarter of red plaid and an afternoon with a cup of tea, and his iPod is snug and secure! Yay for simple fixes!
at October 09, 2010 1 comment:

A Bit of Guilt

One summer, not so very many years ago, I sat down to read The Catcher in the Rye in the Greene County library. I had a lot of books and needed to weed out a couple before I could leave. I read the first couple of pages of The Catcher and did not like it. It was one of those books that I couldn't help but ask myself what was the big deal? The narrator was whiny and obnoxious and there was this big stack of other luscious books waiting to be taken home...why take The Catcher home?
I've never given it another chance, and I suppose I should, but it will have to wait. In the meantime, I hope J.D. Salinger finds some peace outside of this earth.
at January 28, 2010 1 comment:

I had never heard of this experiment. What are your thoughts? Do you think life really works like this in your cafeteria, for instance?
at January 20, 2010 No comments: 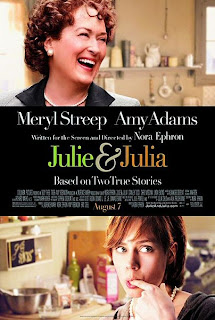 I went with my mother to see Julie & Julia in theaters. I remember it being predominately women in the theater (and their captive husbands, of course). I also remember that I left the theater wanting good cheese, something rather difficult to procure at big box stores.
Since then, I've watched the movie a couple of times and read the book. Meryl Streep does a fantastic and almost creepy job of capturing Julia Child. Her storyline shows a beautiful marriage that is funny and moving. Julia triumphs again and again in her pursuit of the career she wanted despite the best efforts of the male dominated Cordon Bleu. The costumes and pacing is really well done as well.
However, the more times I watch the movie, I feel that Julie comes off as a neurotic, self-absorbed and generally clingy. Amy Adams does a pretty good job acting, but the movie takes a sort of weirdly anti-feminist turn in her story line: her office job offers no satisfaction, so she turns to cooking and her domestic idol of Julia Child, thus becoming too wigged out to be a good partner for her husband. Um. Is this movie really saying domestication is the path too happiness and that women will never quite swing both a job and domestic bliss? Because that's the feeling I'm getting.
The book does a much better job of explaining Julie's frustration, but at the same time, the book is scattered. I didn't have a sense of time passing and her relationship with Julia Child, her friends, and her husband seemed to have little to do with finding peace while cooking. I really think she could have figured out what exactly she was writing about: her marriage, getting older and being dissatisfied, the pure love of food? As is, its a simple record of a year of time without much focus.
Basically, I recommend renting the movie with a plate of pasta nearby and skip the book.
at January 16, 2010 No comments: