Despite the mountain of things I should have been doing, I crafted last night.There was success and there was failure. Since blogger's formatting is being less than loving right now, I guess I'll start with the failures. 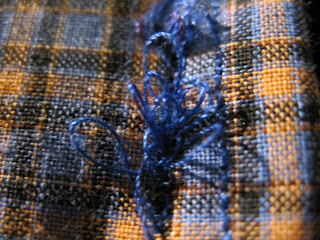 There are little conveyor belt like thingys on a sewing machine known as feeder dogs (I have no idea why they're called that). Well, mine are from the early 1970s and they are quite unhappy to still be asked to help the fabric get through the machine. So instead, they try to eat some light weight fabrics and sometimes they just get lazy and cause the above havoc. 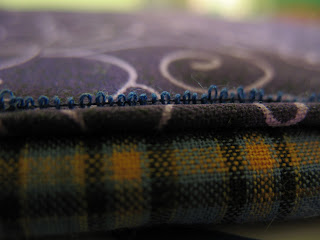 A sewing machine works by feeding thread through both the top and bottom of a fabric. Basically, the needle with thread goes down through the fabric and catches the fabric being feed through the bottom making a stitch. Depending on the type and thickness of a fabric the tension must be adjusted to get even stitches so the bottom doesn't bunch up like the above photo. 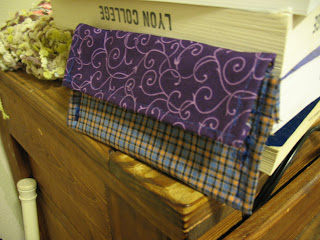 To be fair and honest, not all of the problems with this little wallet is my sewing machines fault, of course. I can't particularly sew in a straight line when I'm hurrying (bad idea) and I didn't plan very well. I didn't make a pattern or template and cut rather haphazardly (also bad idea). However, all things considered, I kinda like this wallet. I was going for a single pocket, but ended up with two (long story). The fabric is ADORABLE and I kinda like the wonkiness. 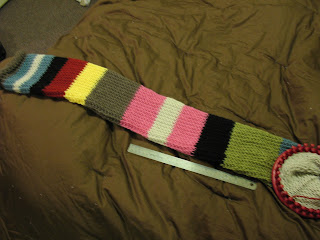 I've almost got three feet of the Doctor Who scarf completed. Thankfully. I need...uh, 7 more feet, but at least I have that much. Also, it is super soft and super cute in person. I'm kind of in love.
at December 07, 2008