Resolutions and a Question for You 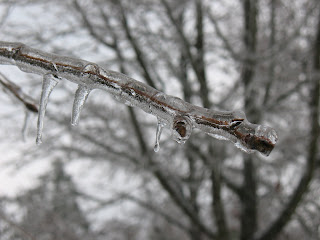 Photo Unrelated, Just Pretty
I'm thinking of making a resolution. Sure, most people have already failed at their New Year's Resolution, but I skipped that this year. (Go me?) I'm thinking of trying to read one *good* book a month for a year.
I am an English major (taking Modern Poetry, British Literature II, and Studies in Fiction this semester), so its not like I don't read. Its just that I've tested out of a lot of English classes and have skipped some of those "classics" that everyone else has read. For example, I've never read The Inferno, Silent Spring, or The Jungle. I've started some really great books lately too (The Good Earth, Good Omens, Paper Towns) that I just haven't finished.
My current plan is finishing two of my current reads for January and February, and coming up with at least 10 books to read the rest of the year. I'd like more than 10 because I know I am capable of burning through more than that, but beyond 10 is just gravy.
So, anyways, gentle reader, suggest me books! What should I be reading? Literature, popular, I don't care! Suggest away, kids!
at February 04, 2009

Lord of the Flies is probably the only book I've read for a class and enjoyed.

But anyways, you should try the following books if you've never read them:
-- The Giver (yes I know it was one of those 5th grade books, but I still love the message)
-- Letters to a Young Mathematician (even if you don't like math, I guess. I really liked this one.)
-- I've tried to start reading Crank but it's a bit too dark for me.